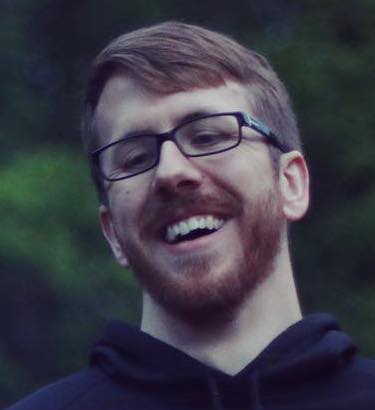 Matthew Sampson, born in Pomona, CA and raised near Hershey, PA, graduated in 2012 from UNC – Chapel Hill with degrees in music and mathematics. He teaches piano, both classical and jazz, and composition to about 45 students each semester. Matt currently serves on the board of the Durham Music Teachers Association as member-at-large, organizing student recitals for DMTA.

As a teacher, Matt makes it his goal that his students develop healthy piano technique and the confidence to execute new repertoire. Beyond the basics, his students are challenged to understand the “‘why’ behind the ‘what.'” Students with a firm theoretical understanding of melody and harmony will be able to play with more mature expression and consistency. Matt believes music is fundamental to a person’s life, whether they go on to be concert pianists in college or play just for fun at home. His approach music education is inter-disciplinary. He encourages classical pianists to play jazz, and for singers to practice songwriting.

Throughout high school and college, Matt has performed as a featured piano soloist in state competitions in Pennsylvania, Ohio, and North Carolina. As a singer, he has been a soloist in the UNC Men’s Glee Club, and has also sung with UNC Carolina Choir and the UNC Symphony Orchestra. In 2010 – 2012, he premiered several original works through the UNC Composition Studio under the guidance of Dr. Allen Anderson (music department chair) and Dr. Stephen Anderson, including a percussion piece inspired by West African drum rhythms and a setting of “The Lamb” by William Blake.

As a composer, he wrote and recorded an original score for the documentary short “Becoming Dr. Towers” (dir. by Lomax Boyd). He has also written for the “Nostalgia Critic” and “Shark Jumping” Youtube series.

Recently, Matt has been a guest on “Putting It Together,” a podcast on the life and works of Stephen Sondheim. In 2015, he was a guest lecturer at the Center for Documentary Studies at Duke, leading a discussion called “The Five Things You Need to Know About Working with Composers.” He has also collaborated with students of the CDS summer immersive “Hearing is Believing” program which teaches writers and artists how to produce audio documentaries.

Outside of music, Matt enjoys participating in local community theater. He directed Waiting for Godot (2017), and performed in King Lear (Edmund, 2017), and Hamlet (title role, 2016). Since 2016, he has been serving as an adjudicator for the Durham School of the Arts and Jordan High School as they prepare students for the annual North Carolina Thespian Festival.

Requests for lessons can be sent to: